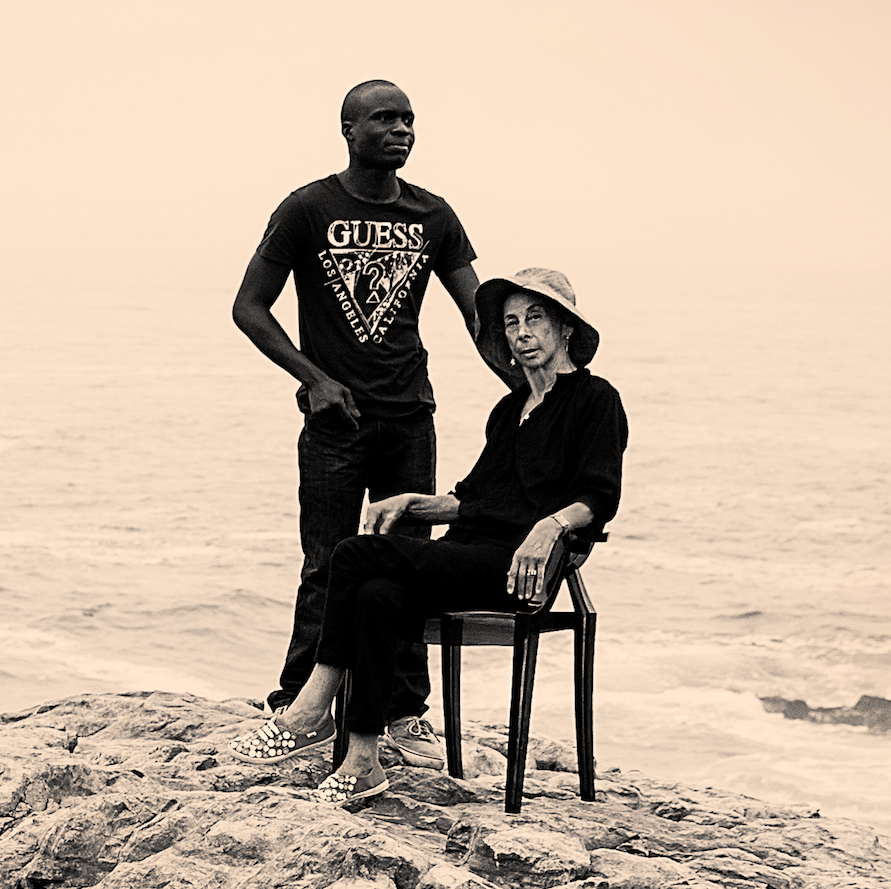 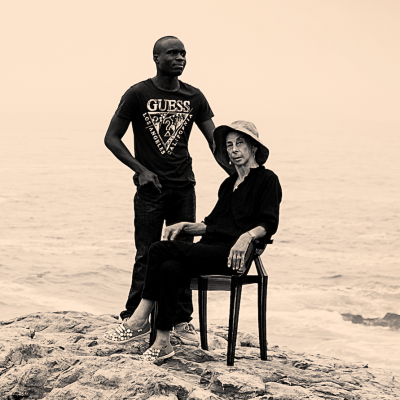 “Mentor – 2 Visions “ is an exhibition showcasing the works of two very disparate artists that happenstance has brought together in the town of Hermanus, local artist Jenny Jackson (82) originally from England and the young Zimbabwean artist Obert Jongwe (34). The show’s purpose is to document the interaction between two people from completely different backgrounds and the influence they have on each other, both professionally and personally, illustrated through art. The positive growth between the characters is a testament to the fact that with enough effort and good will we can all become mentors to each other, even in a world where nepotism, racism, xenophobia and prejudice are rife. “Mentor -2 Visions” vividly demonstrates that, through the arts, we can empower and interact with each other to make a positive difference.

It was in 1995 that Jenny Jackson first heard, with amazement, the magic words that were to transform her life: “You are a painter, Jenny!   Go home and paint!”

With no art training or experience, only a lifetime of studying the work of great artists in galleries and exhibitions, Jenny found herself painting.

Jozua Rossouw gave Jenny her first solo exhibition in 2011 and a second one a year later at the Rossouw Modern, both so well received that she was inspired to continue her artistic journey with total dedication

Today, in her own gallery in High Street, Hermanus, Jenny is at her easel every day.  “I am lucky to have a studio at my gallery so I can paint AND meet people.   For me, the huge benefit of selling my own work is the interaction with everyone who likes it as well as my clients!” Jenny’s main subjects are portraits, real and imaginary, and still lifes, in oil and making use of mostly a palate knife.

Jenny’s work now hangs in homes around the world; she was exhibited at the 2015 International Art Fair in London where one of her paintings was illustrated in the publicity catalogue alongside the works of famous artists such as David Hockney.

Born in a rural village in Northern Zimbabwe in 1980, Obert became interested in a drawing during his school years and, with limited information available, he started visiting galleries and learning as much about art as he could.

Inspired by the work of Zimbabwean artist, Tendai Nhavira, Obert started painting with the conviction that he was fulfilling his destiny. Inspired by the native scenes around him, he used vibrant colours and bold forms that reflected the moods of his subjects with a brutal honesty. From the very beginning, his work was highly regarded by galleries in both Zimbabwe and South Africa.

Since 2015, inspired by the people and surrounds in Hermanus, Obert’s subjects transformed to urban scenes and also some still lifes. Still in brutal honest conversation with the viewer he connects you through the familiar expression of movement, posture and placement of his subjects.

Obert has been part of the Rossouw Modern stable since 2004 and was working towards a more contemporary style of painting when Jenny and he met in 2015.

Jozua suggested she mentor Obert.  So she lent him thickly illustrated art books dedicated to the works of Classical and Impressionist artists and while encouraging him to retain his culture suggested experimenting with softer colours and a wider range of subjects, including still lifes.  Meanwhile, inspired by Obert’s unusual receptivity and ever-evolving creativity, Jenny found herself being challenged to up her own game – leaving her comfort zone, to tackle larger canvases and being more playful with colour and topic.

Their artistic journey has already lasted several months and is set to continue into the future to the professional benefits of both painters. Conceived in November 2016, the exhibition ‘Mentor – 2 Visions’ is the direct result of that journey.

In anticipation and preparation of the show, a healthy competitive spirit has evolved between the two.

In June 2017 Jenny decided to let go 100% and allow the still life objects to find their own spaces. At the same time, Jenny was moving away from her famous blues to French grey backgrounds, which illuminated the newly emerging colour palette.

With the process Jenny used, having decided to allow the objects to go where they wanted, she found that when she was preparing the canvas with black primer, to her amazement the fruit and vegetables appeared in the negative as a negative of a photograph, soon she allowed different objects to appear in the artwork, what could be considered as peculiar objects, but gives the artworks an exciting edge. Jenny’s lifestyle and surrounds still influences the objects to appear which still leaves the viewer with a biographical footprint of who Jenny Jackson the Artist is.

Obert also had a major breakthrough in June. Following the mentorship of Jenny he confronted his own urban environment and civilization. He had found his new subjects. His process changed from a technical point of view, he was painting what he was thinking, he now makes sketches before he paints giving him a broader perspective. Under Jenny’s influence, he has softened his palette.

“It shows a new way of seeing things without being too challenging, appealing and elegant. Different from the still lifes for which I have became known for” Jenny Jackson

“It’s a progressive transformation, of who and where I am, to where I’m going. A visual silence where the eye is drawn, by isolating the characters, a sought moment in time rather than a complete storyline, a new world for me to explore.” Obert Jongwe