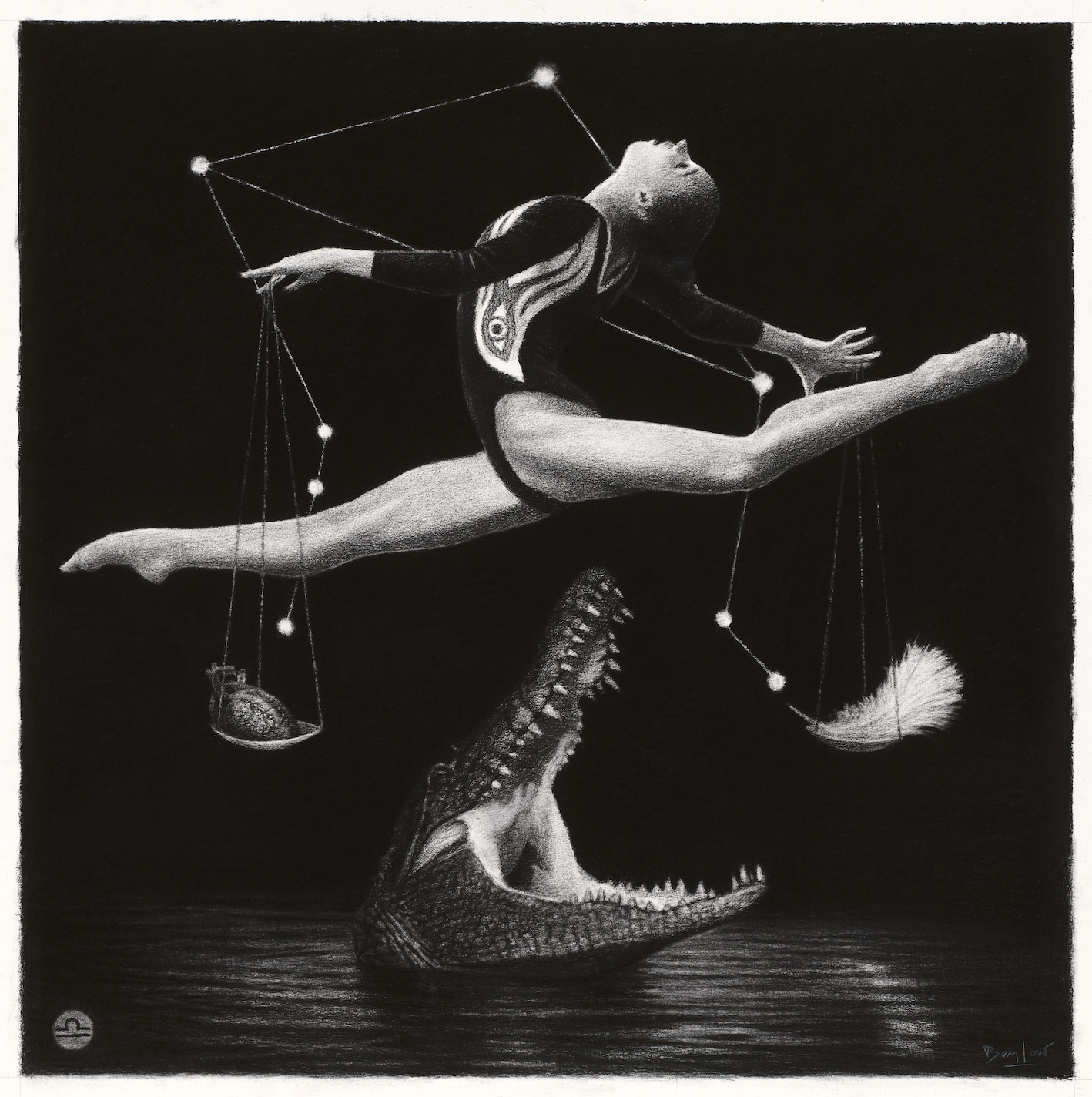 This exhibition ( body of work) of drawings centres on the twelve signs of the Zodiac interpreted in an original and unconventional way by the introduction of a figurative element into each of the signs.

The term Zodiac is derived from the ancient Greek word  zodiakos kyklos which means “ cycle or circle of little animals” and reflects the prominence of animals and mythological hybrids amongst the twelve signs.

From antiquity to present times the Zodiac has been used in astronomy as the basis of the ecliptic coordinate system however these days it is more commonly associated with horoscope astrology.

The Zodiac has deep roots in ancient mythologies, particularly the Greek Mythologies and it is from this source that the imagery of animals, mythological Hybrids and human figures  have been drawn but are also interwoven with the mythological stories.

My interest in the Zodiac and the inspiration for this exhibition has come from my ongoing attempt to identifying the different constellations in the night sky and learn about the mythologies that lie behind their origins. The narratives at the root of each zodiac sign are often interconnected in a vast and complex web of mythologies that span different cultures and religions and though they appear antiquated to modern man I believe they hold a wealth knowledge and wisdom that still has relevance and meaning. In these works I have not held to the traditional imagery as I believe that culturally nothing remains fixed over time and so too the imagery defining each sign can also change and be subject to reimagining and interpretation. I am not necessarily proposing new meanings behind the signs but rather allowing my imagination to be unrestrained and to have some creative fun.

As the springboard for my imaginative journey into interpreting the Zodiac in my own personal way I have  drawn upon Ancient mythologies and religions , particularly that of the ancient Greeks as well as  Hero Mythologies , Aesop’s Fables , Jungian Psychology and many  other literature sources.

For example, in the Scorpio drawing I make reference to  Aesop’s fable of the scorpion and the tortoise where the scorpion takes a ride on the reluctant tortoises back and in the process stings it which leads to both of their demise.

In Libra, the scale becomes the scale of Judgment as in  the Egyptian weighing the heart rite( where the deceased’s heart is weighed against the feather of the Goddess Maat, with the crocodile below being Ammit.

Cancer tips a hat to Jordan Peterson and his  theory  involving lobsters in chapter one of 12 Rules for Life titled Stand Up Straight With Your Shoulders Back; a mantra that was constantly chimed at me whilst growing up and very possibly has some merit to it.

Others like Gemini follow more closely the traditional imagery but have a twist in that I am using vintage images of fighters, as can also be seen in Taurus where the Bull has become a Minotaur.

The inspiration for the figures comes from vintage photographs of sportsmen and women of a variety of disciplines (boxers, wrestlers, divers, gymnasts, contortionists and yoga practitioners) all of whom push and pull their bodies into extreme forms and shapes.  This offers me the opportunity to construct compositions to suit a square format and to mirror or entwine them with the pattern of the constellation that is arranged in the background. There is a definite relationship between the figure and the constellation in keeping with the traditional function of the Zodiac.

Animals still have their place in my Zodiac as either half human hybrids or as companions to the human figures in a surreal and absurd relationship. They share the stage to act as signifiers of the particular Zodiac sign or to contribute meaning or ideas by way of their implied characteristics such as the fish as a water carrying vessel in Aquarius.

The overall look and feel of this exhibition is akin to a Vaudeville show where the varied acts of strange and fantastic characters and animals are on stage performing feats of strength and daring in order to entertain, bewilder and enlighten. The dramatic lighting and the confined space is reminiscent of the interior of circus tents or salons where fortune tellers predict destiny by reading the horoscope and thereby bringing astronomy and astrology together in an interconnected map/web  of possibilities and  meaning. 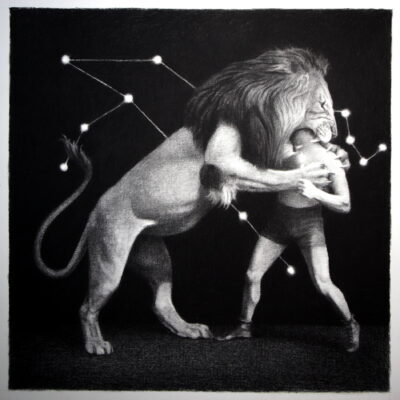 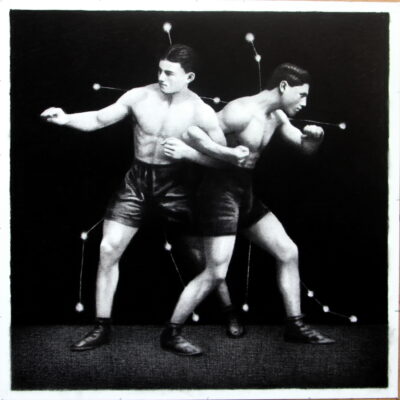 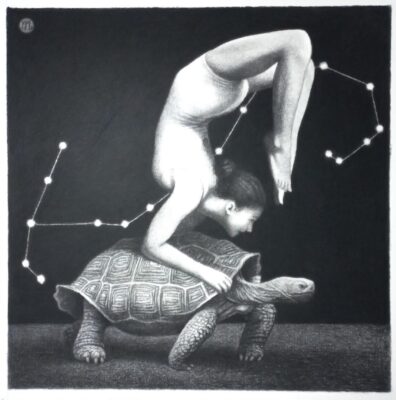 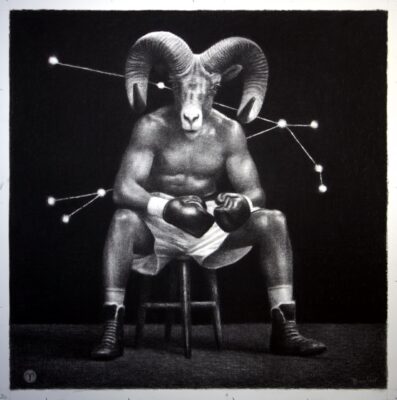