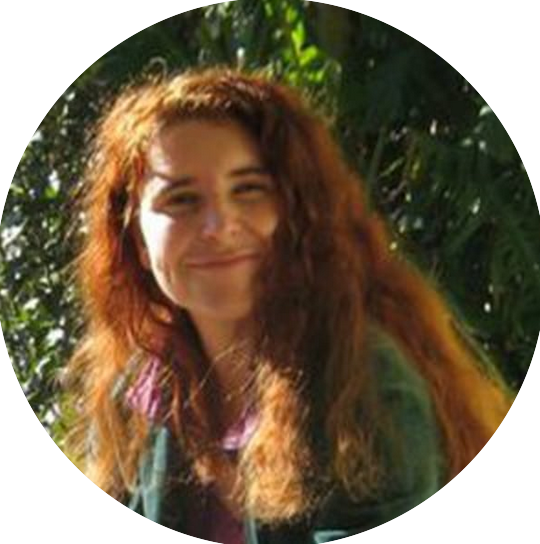 Kali holds a Fine Art degree majoring in sculpture from the University of Cape Town. Post formal study, she sojourned in Berlin “the capital of re-invention” returning to South Africa as a documentary filmmaker. She combined social issue film making with creative social development and her collaborative documentaries won multiple best film and jury awards at local and international film festivals.

In a present transformation, living a rural existence in the Overberg, Kali combines creative photography, experimental filmmaking, soundscape design and taxidermy installation as her mediums of exploration. Her work transfigures external form in a search for the immaterial, traversing nuanced interconnections between death and life.

Kali sees herself as a visual advocate on behalf of wild, endangered plants, animals and insects whose future is intertwined with our own, encouraging people to become curious, observe and connect with a sense of wonder.

I utilise a slow photographic process of long exposures with a continuously moving light source in creative documentation. I am in search of an essential yet elusive soul quality in everything I image. Worlds within worlds have opened up through the macro lens. My work is an exploration of life and death on physical and metaphysical levels. I never actively kill but rather await serendipitous “gifts”.

Beyond documentation, I fictionalise interspecies relationships, taking license to arrange my “tableau mort”. This storytelling is presented as “poetic ecstatic truth”. In this world I am playing at god in my attempts to re-animate inert life.

While three dimensional form features strongly in my work, an inner vision searches beyond form towards the void, where the universe pulses in and out of existence in ceaseless vibration.

I aspire to expand concepts of our context. The Hubble telescope has imaged more and more of the seemingly boundless universe. I have used these awe-inducing, re-orienting photographs to situate my flora and fauna theatre interplays, fluctuating between the polarities of the infinite and infinitesimal, with an eye on the indivisible whole.

At this historical juncture, the imbalances human destructive forces have wreaked are noticeable. I feel it is important to give image and agency to the natural world we are destroying. Beauty is a useful tool for inspiring value and emotional connection. If anyone viewing my creations can come away with a sense of marvel, mystery, deeper connection, greater affection or empathy for the creatures and plants we share our greater context with, then I feel I have made a tiny contribution to a hopefully expanding awareness of our mutual interconnectedness.

In essence we are all differing versions of spiralling DNA.

2015 beyond Beyond, infinite and infinitesimal – photographic exhibition and installation and experimental video – Cameraland Cape Town, curated by Jackie Ruth Murray.

2009 out of the blue – an exploration of sensual feminine energies photographed underwater – exhibited at Misael Space, Cape Town.

2008 Isisombulolo – Commissioned to document the work of the HIV/AIDS care, prevention and treatment project.

2004 out of time – video installation shown at the Brett Kebble Art Awards.

Uhambo, Pieces of a Dream – a multi-media installation created for the Mothertongue Collective shown at the main festival in Grahamstown and at the Intimate Theatre, Hiddingh Hall Campus UCT, Cape Town.

Artwork Quote Enquiry
×
The information you enter here will be sent directly to the recipient. It is not stored on this sites database. View Terms & Conditions.
SUBMIT