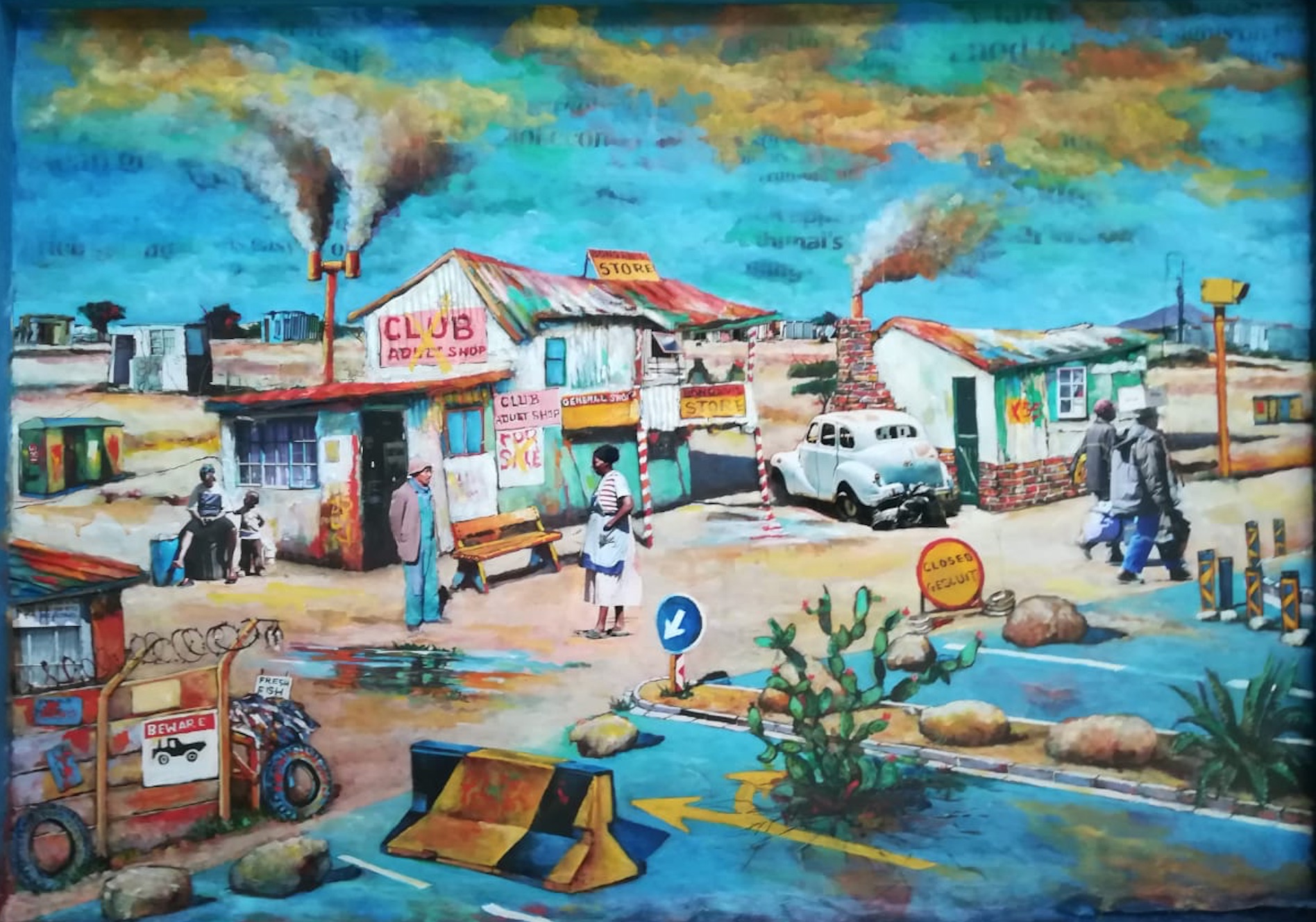 Willie Bester is regarded as one of South Africa’s most important resistance artists. He incorporates recycled material into his paintings, assemblages and sculpture, usually commenting on political injustices and human rights issues of the day.

Born in the small town of Montagu, South Africa in 1956, Willie Bester’s creative genius was apparent from a young age.  Making toy cars from recycled wire just like the other kids, Willie’s draadkars would stand out from the rest with elaborate decoration and metal work.  Willie’s passion for political and social issues was ignited when he had to leave school at 10 to help the family financially due to the forced removal from their home under the Group Areas Act.  With a Xhosa father and coloured mother, Willie was classified ‘other coloured’ under the Apartheid laws, which meant their mixed race family was not allowed to live in a “coloured” area.  As a migrant worker, the only lodgings available to his father were single-sex hostels in large fenced-off compounds.  The only option for the family to live together was in informal housing in other people’s backyards.

Artwork Quote Enquiry
×
The information you enter here will be sent directly to the recipient. It is not stored on this sites database. View Terms & Conditions.
SUBMIT