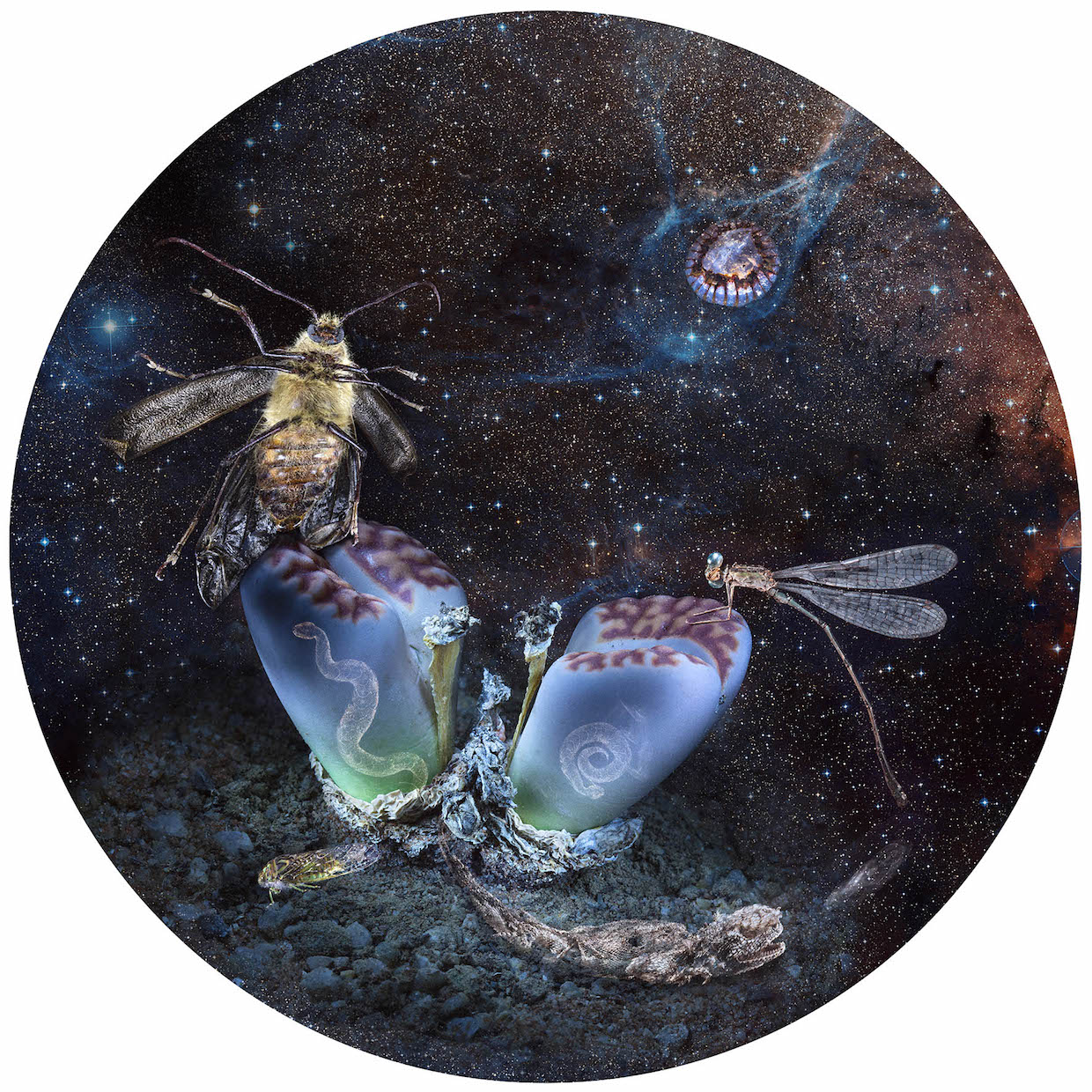 Kali van der Merwe was born in Johannesburg and re-named herself after the fierce Indian Goddess of creation and destruction.

Kali’s work merges boundaries between art, science, biology, astronomy and taxidermy, entering into the realms of imagination and magic. She explores trajectories between fictional and real, death and life. She recently had a solo show at Iziko South African (Natural History) Museum, which was well received by local and international audiences resulting in the museum extending the exhibition.

Kali’s formal study is a Fine Art Degree majoring in sculpture, yet while living in Berlin, she developed an interest in photography and filmmaking, and went on to an award-winning documentary film career spanning almost two decades.

In 2000, Kali moved from the city of Cape Town to her current location on a remote farm near the tiny village of Baardskeerdersbos. During this period she lost her eyesight which was dramatically restored via cataract eye operations. The fascination with detail in her work attests to her renewed bionic vision.

Kali's inspiration surrounds her in the form of wild animals, plants and insects which she images in multiple mediums and immersive contexts hoping to inspire a sense of curiosity, connection and wonder.