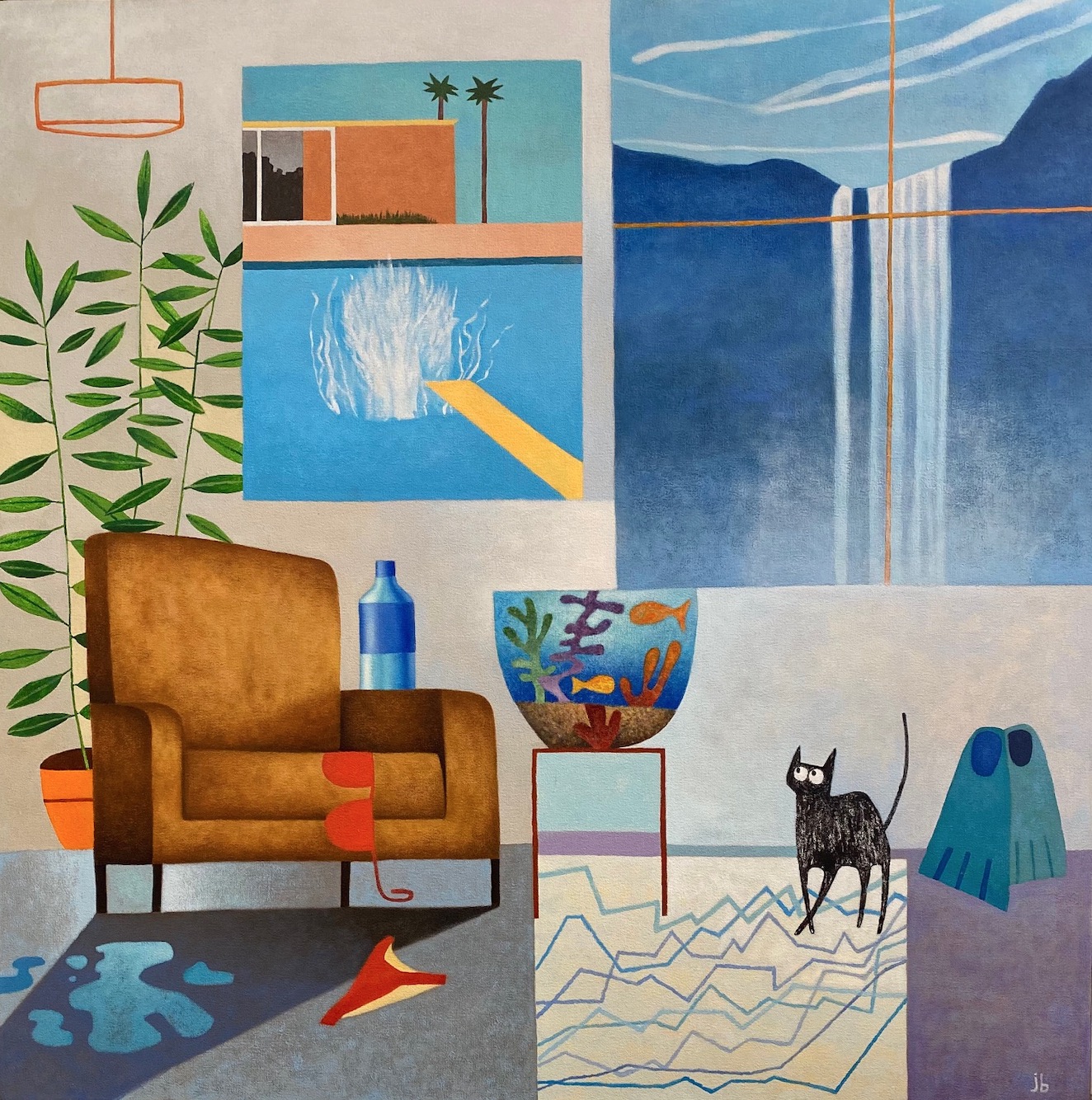 Johan Bosch is a Johannesburg based artist. He was holding a pencil before he could walk. As a pre-schooler and teenager, he was holed up in his room, forever busy sketching, and painting.

As a young boy he was tutored by renowned artist André Naude. He went on to matriculate at Hoërskool Die Kruin where his studies revolved around fine arts.

Once again encouraged by André Naude, Johan enrolled at the University of Pretoria where he studied art for a year under the watchful eye of Andre and, amongst others, Dianne Victor. Since then, Johan has been actively painting and drawing almost every day of his life.

He was one of the creators and illustrator of the ever-popular Rapport cartoon, Skaapstad. For a few years he also illustrated educational books for Macmillan Education South Africa. He exhibited on numerous occasions at his mother’s church house in Westdene Johannesburg and did a few group exhibitions with other artists such as Maja Maljevic.

He has been actively doing commissions most of his life and his works are hanging on walls all over the world.

In April 2022 Johan did his first solo-exhibition, Nucleus, at Die Koelkamers Teater in Paternoster.