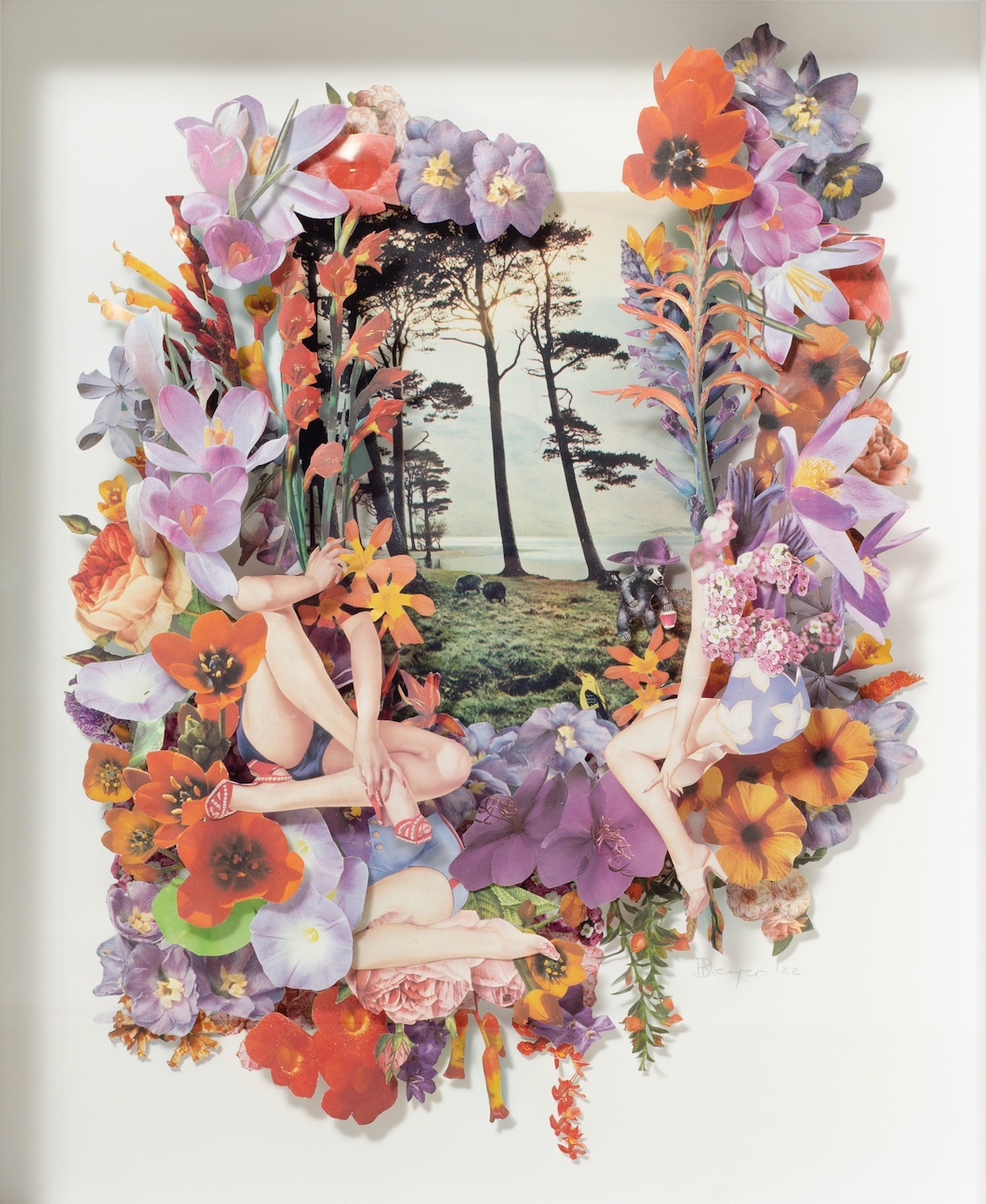 I am a Namibian collage artist, who was educated in South Africa and resided in the Netherlands. After having completed my BA in Design, I completed a Masters of Philosophy in Illustration at Stellenbosch University in 2010. During my Post Graduate studies at the University of Cape Town in 2013, I began an investigation into how the aesthetics of the powerful represent and legitmize certain ways of life above others. My current work continues this project by dissecting  and sorting thousands of postage stamps and vintage magazine images into intricate three-dimensional collage works.
As with many artists of my generation my concern is with what it means to be an artist living under times of increasing crisis. However, the method of collage forces me to realise both the historical continuities and alternative possibilities inherent in the present. Therefore, rather than beginning from a preconceived position, I collage in dialogue with my materials to sometimes temper and sometimes aggravate the meaning in between the images. My method then is not to design from a preconceived idea but to allow the materials to maintain tensions. Unlike other collage artists I hand cut images sometimes millimetres small and mount them to create 3D images instead of the flat 2D typical of traditional collage.
By using collage both as a tool and as a medium the process naturally presents opportunities to merge imagined histories with themes of time, race, sexuality and popular culture. With this medium I am able to create parodies of visual representations on issues such as patriarchy, nationalism and religion by dissecting stamps, encyclopaedias, popular culture magazines, medical textbooks and other media. I do this by examining and deconstructing their representation of women, men, children, flora, fauna, landscapes, religious iconography, history and art. By representing who powerful entities such the state ignores, one reveals the constitutive other produced by the imagined purity of such imagery and as such illustrate the possibilities for being otherwise available to us today. My work thus points towards re-imagining the present through the excesses of its representations.