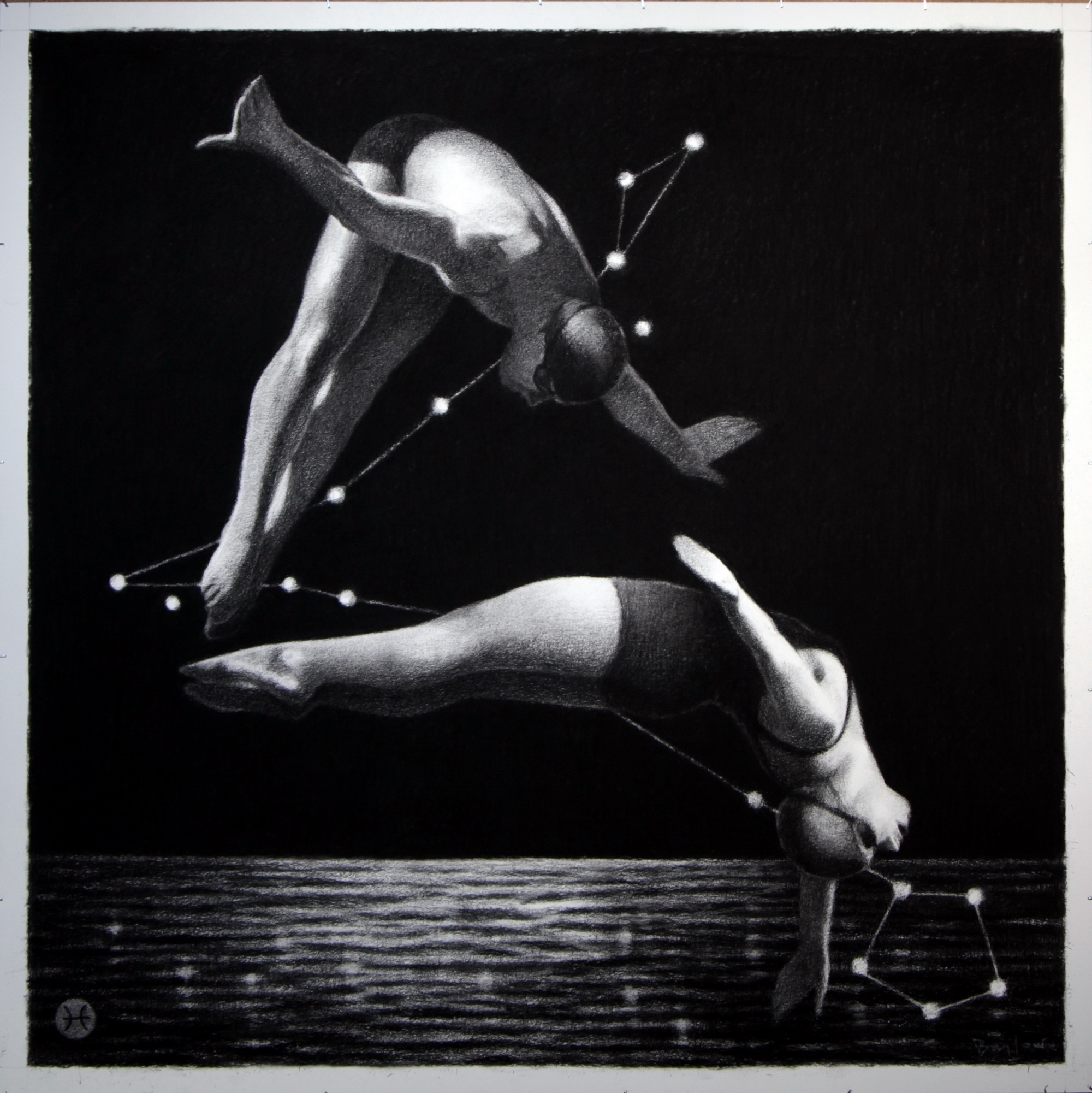 Andrew Barlow was born in Harare , Zimbabwe in 1970. He studied Fine Arts at the University of Stellenbosch and completed his degree in 1992. Since then he has specialised in people and animal portraits in oil and charcoal.

Since 2015 he has focused his talent in drawing and painting on the emotional state of the subject, and entice the viewer to experience or share a certain feeling, rather than question who the person in the portrait is. The emotional dimension of the work and the unique style in which he works have been a perfect union and has proven very popular.

Andrew believes in being as close to the process as possible, and makes his own charcoal from willow branches.

He currently lives in Somerset West with his family.

His 3rd solo show at Rossouw Modern, Twelve Signs, in November 2022 was a phenomenal success. The works are available as prints.